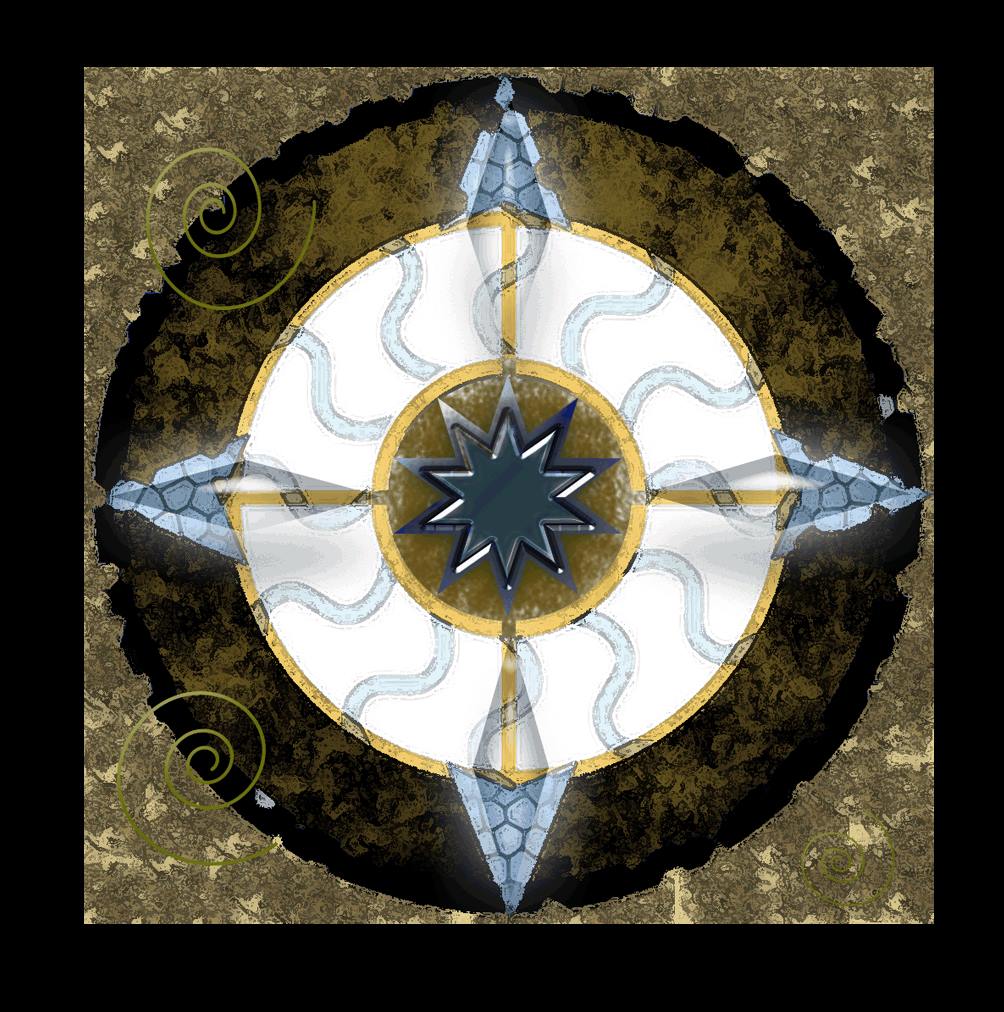 I was walking into the grocery store the other day, mask on, when this old dude who was sitting on the bench outside said, loudly, “HEY!” at me.

It was kind of odd, the tone of his voice I mean, and that’s what stopped me [I’m from Noo Yawk, after all, and random crazies yelling at you are kind of to be expected there, so I’m not easily halted by such].

So there I was, on pause, and the guy took a deep breath and looked me in the eyes. He was wearing a prospector’s hat and a faded black bandanna over his nose and mouth, bandit style, but it wasn’t the odd throwback garb that threw me. Something in the lines around his bloodshot old eyes was kind of … off. He was scared.

It wasn’t the usual kind of scared you expect to see on most faces these days, the semi-excited/ semi-anxious fear you get from a roller coaster or a “what-if” newscast or the nasty behavior of troglodytes at Walmart.

It was the kind of fear I’ve seen in the eyes of guys who’ve been to war and seen real darkness. It was Serious Fear. Somebody who knows what danger really is, and sees it present in the here and now.

That look made me turn my pause into a full stop.

I sat at the other end of the bench to ask him, “Hey, are you okay?” I felt a little like every fakeassed newly hatched Social Worker baby I’d ever witnessed bobbling the ball their first day in a rough neighborhood, asking that, but it was the first question that came to mind.

He held my gaze for a long few seconds, and I could see the wheels working. Had he stopped the wrong stranger? So I hastily added, chuckling at myself, “Sorry, I just…”

He interrupted me, held up a forefinger, closed eyes, cocked one ear at a distant noise. Something in his expression made me stretch my hearing as well. The Kansas wind sounded wild and high today, just past the traffic noises, but I didn’t hear anything more than the usual.

Until the door to the supermarket opened. And in the background, behind the canned music and the checkout babble, there was the high pitched screaming and wailing of a small child.

“They always know, ” he opened his eyes and smiled at me. His eyes were odd. They were brown on top but golden on the bottom, and the pupils were wayyy too dilated. That was part of why I’d read “fear” in them at first. Was he some kind of tweaker?

“They who? Kids? Kids are the best,” I said, hoping my generality would entice him to elaborate.

He gave me a sideeyed glance at that but deigned to take the bait.

“Children haven’t been trained out of their instincts yet. That child feels what is happening, and its mother is unable to focus enough to grasp the warning.”

“The trains. The trains have stopped running,” he looked at me with special emphasis, eyebrows raised in earnestness.

OH. THAT kind of cuckoo, I thought to myself.

“There’s no cuckoo ABOUT this,” he snapped, shooting fire into my eyes, “And you KNOW it. You’re just too damned deaf to hear it.”

That woke me up. I started unconsciously shaking my head no, just barely suppressing a gasp, then stopped reacting and forced myself to breathe deeply.

“I- cough- um- WHAT?” I tried to retain my place in the universe, sitting primly on the end of the bench at the supermarket, with my feet on the real, solid, hard cement, as a large woman in stretch jeans, flipflops, and floppy giant hot pink tshirt ambled past adjusting her purse on her shoulder, howling toddler on her hip.

My benchmate waved at the kid, who suddenly became silent, stuck his hand into his mouth, and took a couple of shudder-sob breaths before wiping his face on Mom’s shoulder. She yelled “Ewwww!” and then snuggled him as she continued to the car.

Now I was getting a bit creeped out.

The lines around those burning gold/brown eyes were like canyons carved by the rivers of Life, churning up black bottom soil beneath the lighter colored golden brown prairie surface of his skin. The topography of his face demanded charting. I longed to see what was under his plain, dusty brown mask.

He looked down at his hands for a moment, and I followed his gaze. He was fiddling with some small round flat stone. It was black and had a rough surface, but twinkled where the light caught it. Then he looked back at me.

“Here,” he passed it to me. I took it hesitantly, knowing that the cart-wiping paraphernalia was just around the corner, inside the powered doors. I would sanitize my hands as soon as I was done here. “What do you feel?”

It was just a rock, but… Well, it wasn’t anything sharp or fast. There was a little tingle where the rough surface of the stone touched my fingertips. This built somehow inside my hands, and then began glowing its way up my arms, and then suddenly my whole body was alive with this… juice.

“Like the time when I touched the electric fence when I was a kid!” I gasped.

He chuckled. “Yup.” Took a breath and straightened his back. “You keep that.”

It was my turn to cock an ear. There was another sound inside the wind’s. It was a higher pitch, like wind over the mouth of a bottle. Funny how it came when the tingle reached my cheekbones.

“Oh, you hear it now too. Yeah, that’s part of it. There’s more though.” He held up a finger, grandfatherly. “You’re going to have to learn all of this on the quick, I’m sorry. I thought I could hold out longer. But I will say this. Stop tuning things out. You can’t afford it, and it’s part of the job to be aware.”

“JOB? What job? I’m not… I… ” flustered, unable to continue speaking, I jumped to my feet as he rose slowly to his. He had to be older than the dirt on his cracked old leather boots.

“You have NO idea.” he chuckled. “I’ll talk to you later.” He spun on his heel and rapidly strode away to the corner of the store building, and as he turned the corner, he gave me a quick grin and a flip of the hand.

I stood there with the rock a minute, then shoved it into my pocket and went to the hand sanitizer.

Tremayne looked as though he were about to answer my question, then caught sight of my homemade climbing gear, and stiffened. I hastened to explain.“I’m sorry, but I needed to… urinate… and didn’t want to dirty your building.”He shook his head slightly, then lowered his chin and shoulders and noticeably relaxed.“There are those who say END_OF_DOCUMENT_TOKEN_TO_BE_REPLACED

I laid in the pile of straw where I’d been so unceremoniously dumped for a few minutes, slowly moving arms, legs, and back bit by bit, just checking to see if any of my elderly parts had been broken or disarranged. This bit of maintenance accomplished, I slowly got to my feet.The place I found END_OF_DOCUMENT_TOKEN_TO_BE_REPLACED

There’s always that uneventful moment, during the course of an eventful life. Sometimes there are more than one, but there’s always at least one. That one little bubble in time where you can feel circumstances dilating away from you and a small space of still, sweet calm surrounding you. It’s almost as if the “movie” END_OF_DOCUMENT_TOKEN_TO_BE_REPLACED

In relation to the village’s big central circle, if the path to the “portal stones” [their name for it] was at about 8 oclock, then Tremayne’s bird-house was at about 4 o’clock, and the pathway to the place where everybody went to get things done was at about noon on the circle’s “dial”. Their homes END_OF_DOCUMENT_TOKEN_TO_BE_REPLACED

I woke up on my belly, arms and legs flung wide, my face slightly damp from the puddle of drool in the pillow it was buried in, my hair going wild in every direction, having escaped its ponytail.I felt like I had gone to a spa, been melted down and reconstituted. I hadn’t felt this END_OF_DOCUMENT_TOKEN_TO_BE_REPLACED

I walked over to the table and picked up the Bowie knife in its plain cowhide sheath. Pulled it out and tested the edge with my thumb- it was quite sharp. A very nice blade.The fruits on the table were shaped and colored a little bit like ripe mangoes, but they were about 12″ long END_OF_DOCUMENT_TOKEN_TO_BE_REPLACED

I liked to pride myself on being in pretty good shape for an old lady. I mean, I wasn’t a ‘down-to-the-gym’ gal, by any means, but I wasn’t hugely chubby or incapable of lifting a reasonable amount of weight, and I wasn’t in need of a walker or a granny-go-cart just yet. I could still END_OF_DOCUMENT_TOKEN_TO_BE_REPLACED

There was a whirring or buzzing kind of noise. It reminded me of the 17 year cicadas, the overwhelming 100-decibel buzzing sound that masks everything else in waves of Insect Love Calls, some summers, altering the very atmosphere and making me a bit woozy. This version of it had a similar effect.I shook my head END_OF_DOCUMENT_TOKEN_TO_BE_REPLACED

I woke to the front door slamming and heavy thumping boots on the ceiling. A male voice I didn’t recognize hollered, “GRACE…!!” The urgency of his tone was unmistakeable.I jumped up and made my way through the map room and up the stairs, fumbling at smoothing my hair as I went.Grace was standing a little END_OF_DOCUMENT_TOKEN_TO_BE_REPLACED

She walked over to the binder she’d been writing in earlier, and flipped it open to its first page.“You’ve already learned that we’re dealing with crossovers from a different place. Think of it like this; we live in one country, they live in another, and when they cross into our territory, we can consider it END_OF_DOCUMENT_TOKEN_TO_BE_REPLACED

Grace paused, sensing I’d stopped. She turned to look over her shoulder at me, followed my gaze to the shelf, and then laughed.“Yep, she’s a bright one!” she said to Al, who’d come out of the office the last ten feet to “help”, taking the boxes from her. He grinned.“Hey, Laurel, git in here and END_OF_DOCUMENT_TOKEN_TO_BE_REPLACED

“GOIN’ FER ZAH!!” she hollered towards the back, as we headed for the door, “BACK IN A FEW.” The top of Al’s head poked out the door, backwards, as he leaned his chair back just enough to casually wave two fingers at her before tilting upwards and disappearing back into the office. She flapped a END_OF_DOCUMENT_TOKEN_TO_BE_REPLACED

Or enter a custom amount